Our hotel is situated in Soto de Luiña in the municipality of Cudillero. Getting to our town is easy and with plenty of signs to indicate the way. Take exit 438 (Oviñana, Soto de Luiña, Valdredo, Albuerne) from the E70-A8 (Autovía del Cantábrico). You will find a roundabout and follow signs to Soto de Luiña. Our hotel is located at the end of town, simply cross over the river bridge.

This small hamlet is only 10km from the famous port village of Cudillero. The airport is 25km away and major cities are only 30-45 minute drive. The town has taxi service as well as public transport, train and bus so you don’t need a personal vehicle. 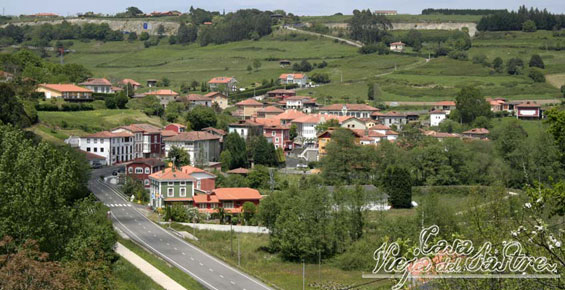 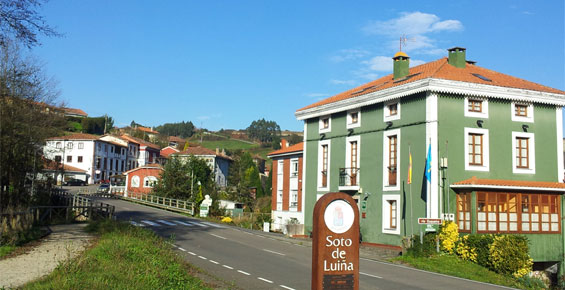 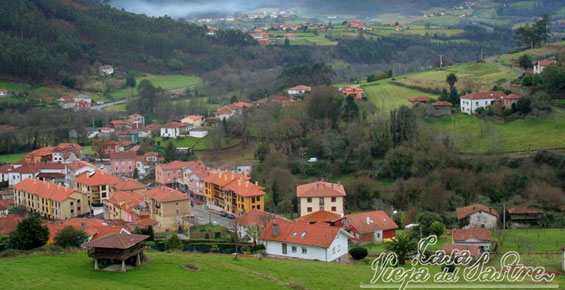 Despite its size, Soto de Luiña has numerous services, such as: banks and cash points, shops, chemist, bars and hairdressers. It is a common path for pilgrims on their way to Santiago de Compostela. We should also like to point out two of our landmarks: the church of Santa María (1712), a unique example of Asturien barroque architecture, as well as the Pilgrims Hospital (1713) which are buildings of historical merit. They were declared as Historical Monuments in 1984 and 1985 respectively and are of cultural interest.

We are proud to say that the town received the international prize “Europa Nostra” in 1987 for the conservation of the Natural and Architectural European Heritage and the prize “Príncipe de Asturias” in 1992 to the most outstanding town.

In addition, it’s only 2km from the beach of San Pedro de la Ribera, with its fine, light sand, easy access and ample parking. There are services available at the beach such as: toilets, showers, bars and snack stands. There is a red cross rescue team during the summer months of July and August.

If you want to take advantage of our current offers, promotions and discounts feel free to contact us via phone or email.